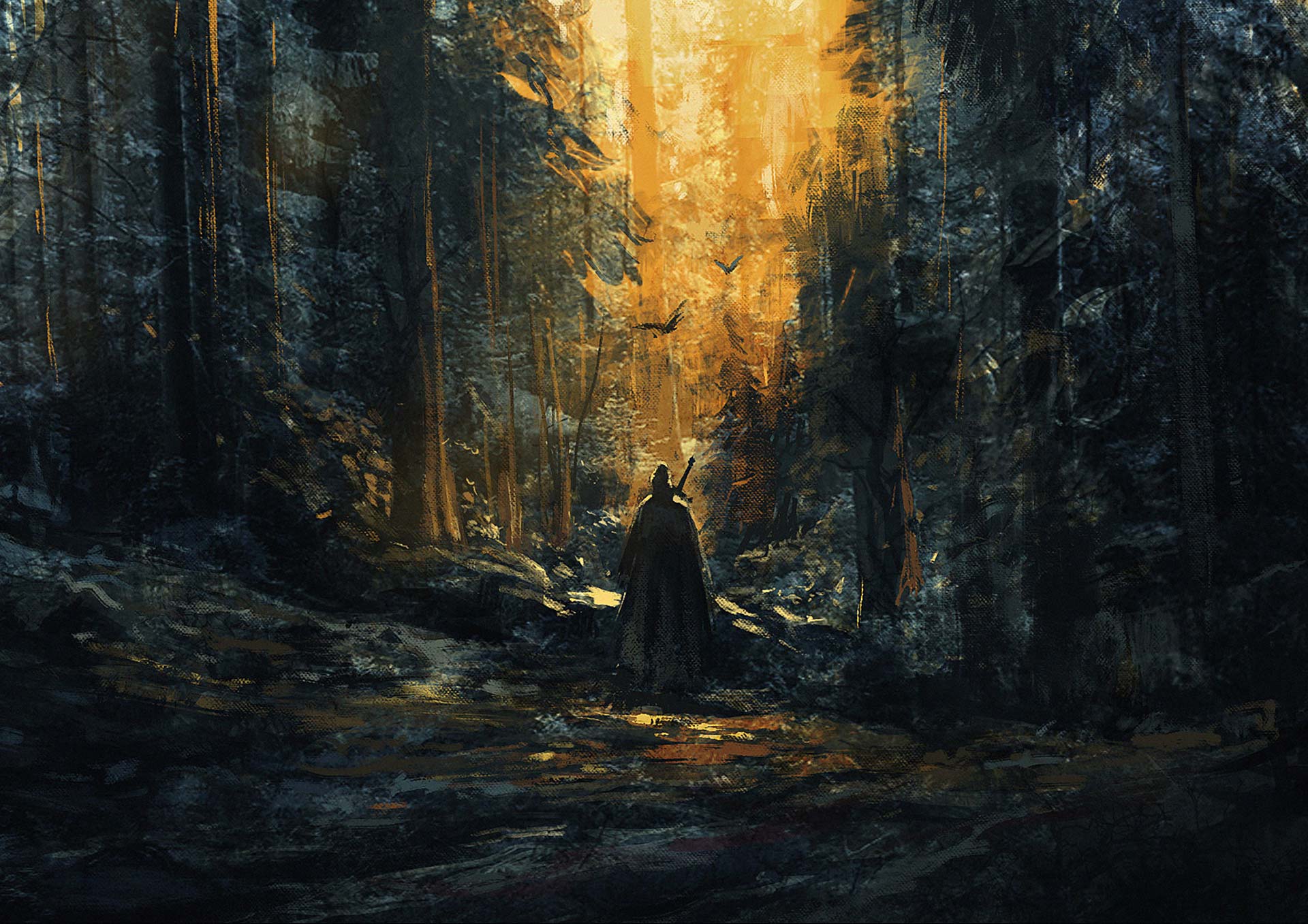 The world of Fyera is a fantasy setting created to host the stories, deeds and legacies of those who would dare explore it. The setting takes place in a planet that orbits the sun, much like our own, but with a key difference. In ancient times, on the 9th day of the summer solstice, an unexpected event took place that was fated to change the history of the world forever.

All the myths and legends that survive from these times speak of powers so great and mighty that they could reach all the way to the core of the world.
Fountains of volcanic eruptions, storms, and hurricanes shaped the world whose modern inhabitants – and us along with them – call Fyera. The gravest wound, however, was none of these.

Whatever it is that was originally responsible for these calamities, it shook the equilibrium of the world so drasti cally that it altered the rate in which it rotated. When this phenomenon ceased, after an indeterminate amount of time which is impossible to estimate with any confidence, the rotation of Fyera had become slower. In the new state of things, it took the same amount of time for Fyera to rotate around itself once as it did to complete a full rotation around the sun… which meant that one side of the world would always face the sun, while the other never got to see the light again.

Lands of the Old Days

The term ‘Lands of the Old Days’ is used to describe the territories that are always covered by light throughout the entire year. It is a vast continent that covers the western part of Fyera from the north to the south. The largest portion of the continent along the western side is dominated by rocky expanses covered in red soil, canyons born out of massive rivers that dried out long ago, while an equally large part is covered by endless seas of sand.

These ar eas are so inhospitable and hostile to life that nobody has managed to cross them and come back. As a result, they do not share direct borders with the Darklands, although this doesn’t mean that they are not influenced by them in various ways. The Lands of the Old Days are split geographically and culturally into two halves. The northern half of the con tinent is inhabited and ruled by the Lumens, while the southern half hosts the lands that the Avernians call home.

The Penumbra is a large area that covers the lands caught between the absolute darkness of the Darklands to the ab solute light of the Lands of the Old Days. To the north, this entire area belongs to the Primus, with their capital, as well as the majority of its people, living near the Darklands, while another portion of smaller cities and villages leaving near this partially lit area. The population of the Primus tends to thin out the closer one gets tot he lights wept lands of the Lumens.

The majority of this land is infertile, while minimal agri culture and husbandry can be observed mainly in minor settlements to the west. The Draesyr are in a similar position in the southern part of Penumbra.
Parts of the gigantic jungle that was home to the Draesyr were cast in perennial darkness. These territories, located rather deep into the jungle, started growing gradually more and more infertile and barren.

The parts of the Penumbra that are partly lit contain what is left of this massive jungle, an expansive mountain range and a string of gargantuan gorges which have created artificial forest islands. The southwestern areas of the Draesyr borders the Avernian lands, and there vegetation becomes milder, and forests gradually turn into valleys until they either evaporate completely or in turn transform into large expanses of desert.

Soulsparks & The Nebula of Souls

Every living being hides within it a flame. That flame burns gently from the moment of its birth and it is entirely up to the creature how the flame will be handled throughout its life, before the time ultimately comes for the creature to close their eyes and let the flame go.Most people are born and experience the joys and sorrows of life by maintaining a quiet, ordinary and straightforward lifestyle. That flame exists within them, but it simmers, with a pale soft grey color. They will be born, grow old and die without ever realizing the seas of souls that existed all around them or the things they could have achieved by cultivating their own flame.

However, there are also those who cultivated that flame hidden within. They stimulated and fed it with care, ensuring that this spark would not remain a mere spark. It will ignite, it will become a true flame, or better yet – a blazing conflagration, burning, not in the dull grey possessed by most, but a radiant gold and white. For as long as this brilliant fire blazes, it shall give all those near it light and warmth; it shall inspire other sparks to ignite and reach the true greatness of their potential. Such radiant fires might be possessed, say, by a capable commander who leads and inspires his soldiers; a gifted musician whose melodies sway the emotions of their audience; a wolf that risked its own life to protect its pack; a mother who devoted her life to raising her family along with the impoverished orphans next door.

In the darkest fringes of Fyera where the sun never shines, anything that survived the Ruination had to grow accus tomed to living without light. As years passed, the earth grew barren; most of the flora withered and vanished; and the animals that failed to escape either succumbed to disease or were forced to adapt in order to survive.

In addition to this foul transformation, the lack of sunlight in these places caused them to freeze. The seas and rivers were swallowed by the rifts, or else suffered the same icy fate as the land. Some say that the deeper one ventures into the darkness, the warmer it gets, as the rifts that lead to the core of the world are still open and unfortunately for the people of Fyera, it wasn’t just magma and lava that poured out of these dark depths..

Creatures that had never been seen before, and the sight of which drove whoever did see them to wish they hadn’t, emerged from the depths of the earth. To this day, these horrifying creatures still try to overwhelm the world. Ever since then, these places have been known as the Darklands.

When the host of a flame dies, his flame leaves his body and unites with the countless others that have crossed history in an invisible nebulous cloud known as Soulmist, or alternatively as the Nebula of Souls. Of course, not all the souls in this world are pure and innocent… if the gold-and-white souls grant light and warmth, the black flames that mostly burn within the creatures of darkness radiate cold, fear and despair. Thus, the Soulmist that covers the world, contains within it a patchwork of black and gold-and-white soulsparks – the proportion of each ‘variety’ depends on the proportion of good and evil creatures that pass through this world.

As long as the world is dominated by dark soulsparks, the Soulmist will grow darker in turn, which will gravely affect things in the mortal world. Ill luck, hardships and adverse situations will consequently grow much more frequent. Adversely, as the world is fed with innocent souls, with soulsparks that grow in power and use their might to defend good and the light, the Soulmist will reflect this, as the infusion of brighter souls will increase the likelihood of pleasant days and positive phenomena occurring.